Leadership Part 2: The Essence of Order 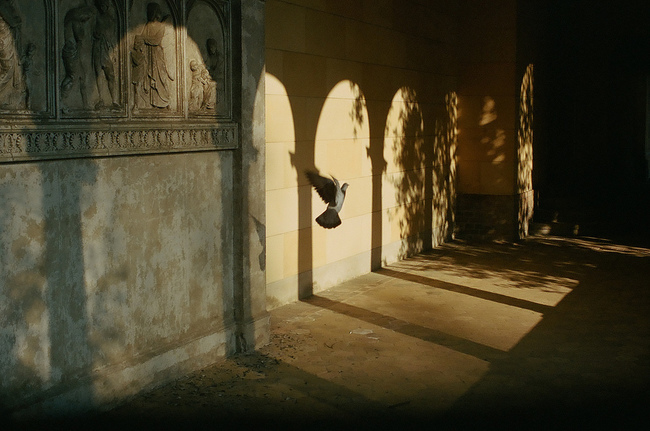 In a world that is increasingly interconnected and where complex problems breed confusion, order is the fabric that binds social organizations. Without systems of order, conflict and chaos would rein and progress halted. But what is social order? How can social systems attain and maintain it? Why is it important to understand its functions? How does conflict impact the quality of social order?

Social order is the nexus of human interaction. It is what keeps organizations running and controlling conflict is at the heart of the maintaining order. So let’s begin by examining the essentials of existing social theory by placing it in a historical context and uniting it with two critical dimensions, power and culture.

Let’s examine two prominent theoretical viewpoints that attempt to account for the existence of social order. One posits that order emanates from rational choices of individuals to “transfer rights and liberties to a coercive state in return for its guarantee of security for persons and their property, as well as its establishment of mechanisms to resolve disputes.” The other states that social order resides “in a concordance of specific values and norms that individuals somehow have managed to internalize” (Hechter, Friedman, & Kanazawa, 1992, p. 329). The first view (external control) takes into account the quality of power and authority exercised while order is maintained and was referred to as “legitimacy” by Weber and centers on the principle that an individual whose position is officially sanctioned by an organization should expect to be obeyed (Harris & Hartman, 2002), while the second focuses on the nature of meaning-making as the driving force required to keep a social system balanced. The second viewpoint also emphasizes the importance of the cultural make-up of the social system involved.

For instance, within societies that are culturally and socially homogeneous, “the internalized values and norms will tend to be common to all” (Hechter, Friedman, & Kanazawa, 1992, p. 329), whereas heterogeneous societies encompass a wide variety of normative orientations and may have more trouble forming internalized consensus.

In this view, Lao society with its tightly knit ethnic groups and near-universal adherence to Theravada Buddhist doctrine would be considered homogeneous and a good example of the influence of factors of purpose on the maintenance of order:

Moral responsibility has social implications. The search for nirvana alone makes social order, and the association between good people, possible. The religious goal of individual Buddhists is to realize enlightenment and live a life that is in agreement with and contributes to their religious objectives. (Harle, 1998, p. 39)

Moreover, Coser (1956) stated that, “Closely knit groups in which there exists a high frequency of interaction and high personality involvement of the members have a tendency to suppress conflict” (p. 152). Conversely, the U.S. with its diversity of ethnic groups and acceptance of multiple ideologies would be considered a heterogeneous society.

Each viewpoint outlines a general concept of the nature of order; through either external control or internal concordance of values and norms; social systems maintain the amount of order that is sufficient for stability. These viewpoints are not exclusive and can be found to exist concurrently, to some extent, in all social systems. In other words, all social systems require external control and concordance of values and beliefs; it is the degree of application that varies. Yet, the existence of a strong internal base, as demonstrated in the theory of maintaining order, can be of great significance.

Consequently, the theory of maintaining order is more closely tied to the second tradition. It would not easily tolerate a transfer of power solely for the purpose of the establishment of authority, because law and rules are themselves byproducts of underlying beliefs and so must, to some measure, reflect them. However, studying aspects of power and authority can be beneficial since the quality and type of leadership can have considerable influence over a social system’s development and its ability to maintain order.

Theories concerning social conflict come from two major sources: Marx and Dahrendorf. Marx viewed conflict as a byproduct of the struggle for economic control. As Bartos (2002) stated, Marx argued that, “the capitalist’s relentless pursuit of profits creates many problems for the workers” (p. 38). Marx reasoned that the pursuit of profits could only lead to the exploitation of workers thus creating a conflict of economic interests. The central concept of Marxist conflict theory is that different groups in society are in conflict with one another over economic resources and the masses are viewed as generally oppressed and exploited for gain by the elite classes.

Dahrendorf took issue with classic Marxist doctrine and posited a framework that expounded the need for integration and order in contemporary societies, defending the concept of conflict as an ingredient of social change. He argued that in the years since Marx delivered his theory there were substantial, “changes in the factors that contributed to the intensity and violence of the conflicts of his time. Patterns of conflict regulation emerged in both industry and the state. More and more, the democratic process of decision-making gave both parties a chance to realize their goals. The violence of class conflict was thereby effectively reduced” (1959, p. 241). When conflict was not viewed primarily as a function of the struggle for power between class or group divisions, it could then be seen as something that is either functional or dysfunctional and as a vehicle for systemic transformation. As a result, Coser (1956) depicted conflict as potentially transformational:

conflict within a group frequently helps to revitalize existent norms; or it contributes to the emergence of new norms. In this sense, social conflict is a mechanism for the adjustment of norms adequate to new conditions. A flexible society benefits from conflict because such behavior, by helping to create and modify norms, assures continuance under changed conditions. Such mechanism for readjustment of norms is hardly available to rigid systems: by suppressing conflict, the latter smother a useful warning signal, thereby maximizing the danger of catastrophic breakdown. (p. 154)

In stage 1 of the theory of maintaining order, the defining stage, social systems are formed and factors of purpose are created. Conflicts and disturbances are often challenges to a social system’s factors of purpose and influence its ability to remain stable. But social systems tend to view conflict differently. Some social systems permit little conflict. In many cases, social systems that are homogenous or ideological in nature seem to be less tolerant of internal conflict than those that are homogeneous. Lao society is an example of this. The social system there maintains order through an aversion to behaviors that might incite conflict. However, as evidenced by the country’s political upheaval in the 1960s, the potential result might be an accumulation of hostility that is detrimental to order. In this case, the social rigidity permitted an unhealthy accumulation of hostility to occur. This is usually alleviated during venting. Coser (1956) explained it this way:

conflict tends to be dysfunctional for a social structure in which there is no or insufficient toleration and institutionalization of conflict. The intensity of a conflict that threatens to “tear apart,” which attacks the consensual basis of a social system, is related to the rigidity of the structure. What threatens the equilibrium of such a structure is not conflict as such, but the rigidity itself, which permits hostility to accumulate and to be channeled along one major line of cleavage once they break out in conflict. (p. 154)

Frequently conflicts may concern the interpretation of a social system’s tenets by groups within it. Groups may differ on the meaning of a tenet. For instance, in Mexico, many people agree that education is a valuable asset, but some groups believe the government does not uniformly administer it. In Oaxaca province, teachers have been gathering for the last few summers to protest low pay:

The state government has lost control of the center of the city, including its own offices, and is working out of improvised quarters with cell phones. Though each side has asked for federal intervention, President Vicente Fox has refused to send in troops. He has dispatched negotiators from the Interior and Labor Ministries, who have been unsuccessful in resolving the conflict. (McKinley, 2006)

They contend that if education is valuable, pay for teachers should correspond. But little has been accomplished. In this case, interpretations of the organization’s tenets are in disagreement, causing a conflict.
In my substantive area order was maintained due mostly to two interlocking factors: a shared philosophical/religious framework and a repressive political regime; one complemented the other. The nature of the religious system put a high value on calmness, continuity, and limiting disturbances, while the political party used these features to help fortify its position of authority. In turn, it developed a set of risks associated with behavior divergent from the political and religious standard that acted as a significant deterrent to any actions outside the norm. In essence, so much thought and consideration went into deciding whether a conflict was worth risking that members eventually developed set reactions against them, thus obviating (see Chapter 3) behaviors became deeply ingrained and highly resistant to modification. Rahim (2000) put this view into perspective:

Whereas too little substantive conflict may lead to stagnation, too much of this conflict may lead to confusion and organizational disintegration. A moderate amount of substantive conflict, handled properly, is essential for attaining and maintaining an optimum level of individual, group, and organizational effectiveness. (p. 198)

Therefore, in order to achieve a level of “optimal conflict” (Hatch, 1997, p. 305), social systems must continually rebalance the degree of acceptable conflict.

Linked to theories of order and conflict, the field of organizational studies analyzes the effects that organizations have on the behaviors of individuals within them and, to an extent, is concerned about the maintenance of order and the control of conflict. Organizational conflict is described by Rahim (2000, p. 198) as, “an interactive process manifested in disagreement, incompatibility, or dissension within or between social entities (i.e., individual, group, and organization),” and by Bartos (2002): “Organizational conflict is often depicted as confrontational and dysfunctional as it opposes an organization’s group-tenets of cooperation; sometimes called “goal incompatibility” (p.188).

The concept of goal incompatibility has a profound connection to the theory of maintaining order as it stresses the need for organizations to create bonds of agreement concerning their factors of purpose. Theories of organizational behavior also take into account the nature of human conflict. They view it as an interactive process that strives for the development of optimal, functional conflict that respects the variations of human interaction. The theory of maintaining order describes this during the obviating stage when conflicts are either averted or defused.

Leadership Part 3: A Theory of Order

Concerning the Grounded Theory Method Hierarchies of Purpose is based on the theory of maintaining order, which is the foundation of my dissertation. It is a grounded theory study. To develop it, I utilized the grounded theory method of... Continue →